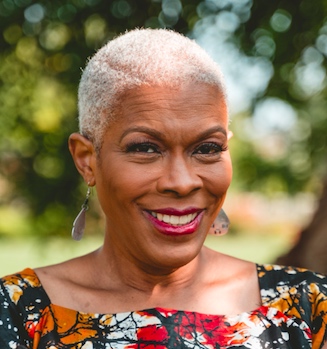 Rochelle Riley ended a nearly 20-year career as an award-winning Detroit columnist in 2019 to become the City of Detroit’s Director of Arts and Culture. She now guides the city’s investment in the creative economy and creates opportunities for transformative innovation. Her most recent project was the United States’ first city-wide memorial to victims of Covid-19: 15 funeral processions that circled the city’s Belle Isle past 924 photo billboards of victims. Rochelle travels the country hosting conversations about the burden that America still bears by refusing to deal with the aftermath of American enslavement. She received the 2017 Ida B. Wells Award from the National Association of Black Journalists “for her outstanding efforts to make newsrooms and news coverage more accurately reflect the diversity of the communities they serve” and the 2018 Lifetime Achievement Award from the Society of Professional Journalists. She was a 2016 inductee into the Michigan Journalism Hall of Fame and a 2019 inductee into the North Carolina Media and Journalism Hall of Fame. And she is a co-founder of Letters to Black Girls, an initiative to give letters of advice and encouragement from women across the country to girls across the country. The essayist, keynoter, and arts advocate is the author of That They Lived: African Americans Who Changed The World (2021) and The Burden: African Americans and the Enduring Impact of Slavery (2020,) both published by Wayne State University Press. Rochelle lives near the banks of the Detroit River. But the world traveler never stays at home long. She has visited 28 countries and 33 states… and counting.