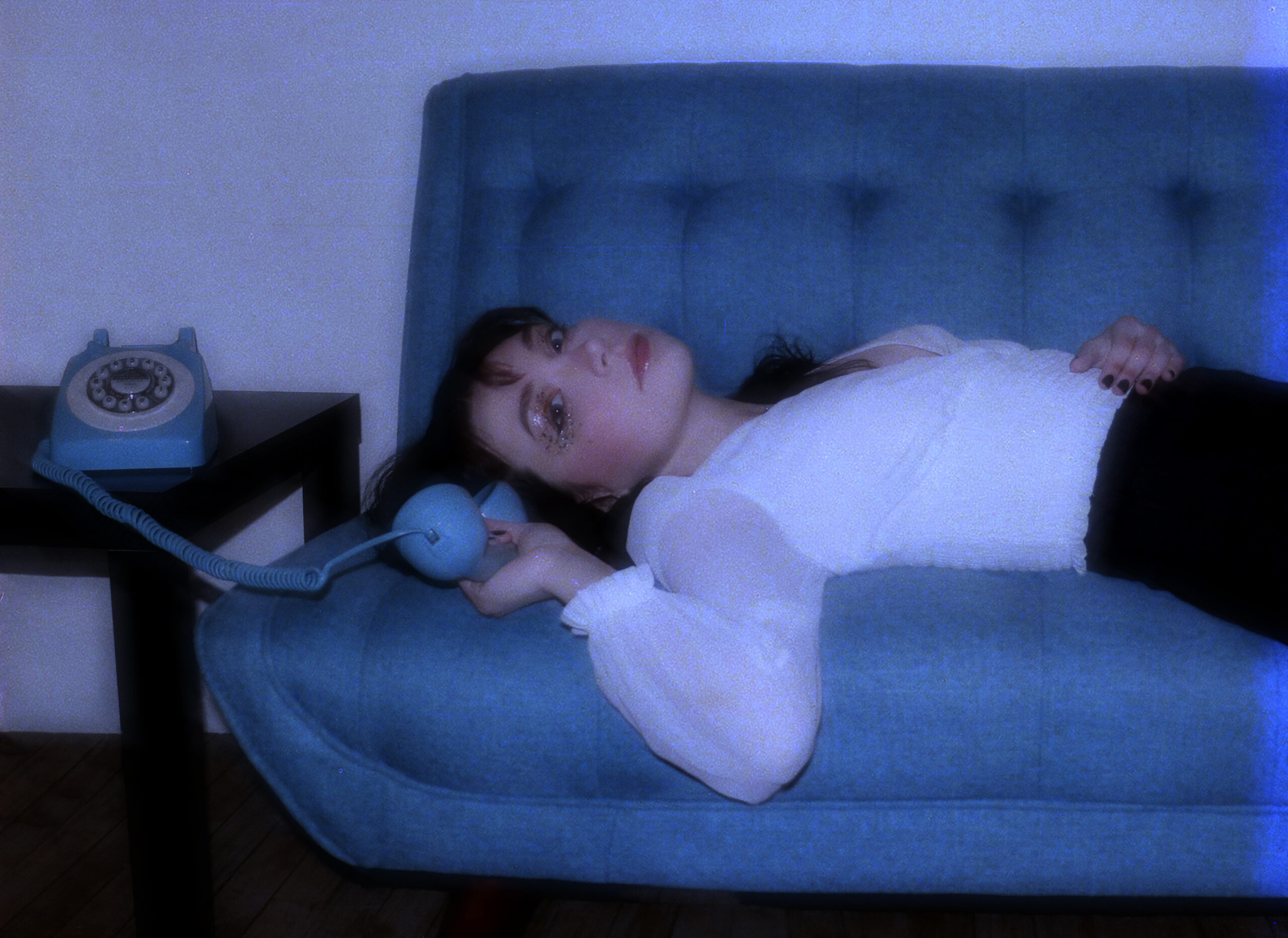 A multi-hyphenate artist, Ruby McKinnon creates melancholic folk music with a bedroom pop heart under the moniker Flower Face. Taking inspiration from her own vertiginous life experiences, alongside such varied sources as Lemony Snicket’s Series of Unfortunate Events, Jesus Christ Superstar, the oeuvre of Mads Mikkelsen and her dog Ziggy, Flower Face’s musical testimonials recall the jagged emotion of Bright Eyes while conjuring the ethereal ecstasy of a fresh wound.

Classically trained in piano since the age of 5, McKinnon began writing her own music at 14. Encouraged by her music-obsessed parents, she formed Flower Face in true D.I.Y. style: recording almost exclusively on her dad’s GarageBand app. Teeming with acoustic heartbreak hymns, it didn’t take long for the album to find space on bedroom playlists alongside The National, Daughter, Big Thief, and Mazzy Star.

In 2022, Flower Face is set to release the highly anticipated follow-up to Baby Teeth: The Shark In Your Water. Speaking of the album, which marks her Nettwerk records debut, McKinnon says “The Shark In Your Water is an exploration of the self and how that is impacted and transformed by trauma, grief, love, heartbreak, and the struggle of identity. ”Produced by McKinnon, Joshua Kaiser, Jay Merrow and Alex Bonenfant at Toronto’s Dreamhouse Studios, The Shark In Your Water not only marks the next phase in Flower Face’s stratospheric musical trajectory but also serves as a showcase for McKinnon’s artistic prowess — she puts her Bachelor of Fine Arts degree to use on the album’s cover art, video production and editing. The result sees the 23-year-old in full control of her artistic and musical vision.